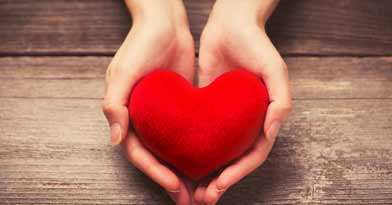 In June 2007, 41 year old Port Elizabeth jewellery designer and health and fitness fanatic Jenni Gault thought she was about to go into anaphylactic shock after being stung by a bee. She had no idea she was having a heart attack…

“I was eating lunch with my 6 year old son and felt exactly the same as I usually do after a bee sting, although I couldn’t remember being stung. I knew I urgently needed my EpiPen as I’m allergic to bees but was unable to get to it upstairs so I called my husband Bruce who was at work a few minutes away.  He could hear from my voice that something far more serious was happening and rushed me to hospital. When he asked the doctor if I was having a heart attack, he was told that I’d already had one, was in the process of having a second, and the third was building up. I was pretty much morphined-up at the time so had no idea what was going on. My ECG showed that over the previous 6 months I’d had 4 minor heart attacks I didn’t know about. One could be pinpointed to happening at a jewellery show I’d attended in Italy and a second at a show I’d been to in London. On both days I really didn’t feel well but put it down to travelling although I travel all the time. As far as the other 2 are concerned- I have no idea. Despite all the medical care, I had a 4th heart attack that day. That was the most damaging and left me with an inoperable aneurism in my heart where blood can dangerously pool.

I was in hospital for a couple of days while they stabilised me and underwent 2 angioplasties to repair the damaged arteries as well as having a stent inserted. When I was finally able to comprehend what had happened I was in total shock because I’d never experienced any chest pain. I’d run 7kms the day before and had always been extremely active, fit and healthy, an Iron Man tri-athlete who trained 4-5 hours a day. Aside from being a jewellery designer, I’d owned a gym in Zimbabwe and had a track record I was proud of including attending the World Aerobic Championships as the only representative of Zimbabwe. The worst thing about it all was they could find no reason for my heart attacks. My mom had had a mild one at the age of 50 but this was not enough to be a certain factor. Although I was stressed, I’d always had exceptionally low blood pressure and cholesterol and had never smoked. I was put onto medication and was told to decrease my exercise but aside from that there was nothing much I could do as my lifestyle was already healthy. I was warned that there may be residual clots but nothing prepared me for my first TIA (Transient Ischemic Attack or mini stroke), which happened while I was lying in bed 2 days after being discharged. As with the other 17 I’ve had over the years, my main symptom is loss of speech, and I was so terrified I spent another 10 days in hospital, more from the fear factor than out of necessity. Because I’ve had them so often, Bruce can identify when they’re serious and when they’re not and whether I need medical treatment, so we’ve found a way to live with them. Coming to terms with the new me was far more difficult.

For the first 2-3 years I was constantly fretful, worrying about the aneurism and being a walking time bomb, so learning to contain the fear was a huge challenge. However I’ve never been a quitter and refused to be an invalid so I threw myself back into the work I love, begging my specialist to allow me to attend a jewellery show in London- the first time I’d been invited to showcase my work there- 7 weeks later. I’d worked so hard to get to that point and despite being scared, flew there with my family. It was an amazing experience even though I had another TIA the last day of the show and had to be taken to hospital by ambulance! Today I describe myself as the ‘healthiest unhealthy person’ you will find! I know I may have another cardiac event but there’s so much more to life than worrying about something I cannot control. I cope by regularly counting my blessings and by finding the good in each day. Life to me is colour and I look at it, absorb it and fully embrace it, every minute I can!”

According to the Heart and Stroke Foundation South Africa, heart disease kills 210 South Africans every day, with a growing number being affected at a younger age – in their 50’s, 40’s and even 30’s. While it is traditionally viewed as a man’s disease, heart disease actually claims more women’s lives in South Africa and although more men suffer heart attacks than women, men are also more likely to survive an attack. This is partly because women present with less clear symptoms and therefore don’t seek help immediately. That’s why any sudden and unexplained symptoms including pressure or pain in the lower chest or stomach, dizziness, shortness of breath, upper back pressure or extreme fatigue should set the alarm bells ringing.

Suffering a heart attack is a traumatic experience, but instead of regarding it as ‘The  End’ it can actually be a new beginning – a wake-up call for a 180 degree lifestyle turnaround. Making positive changes to improve your health is essential to reduce the chances of suffering another heart attack as is taking your prescribed medication and managing conditions such as high blood pressure, diabetes and high cholesterol. You can help your heart recover by taking steps to eat better, move more and not smoke. It’s normal to feel frightened, unsure, isolated and anxious after a cardiac event which is where counselling comes in. Finding a support group where you can meet other people who have had similar experiences is also vital. For more information visit www.heartfoundation.co.za